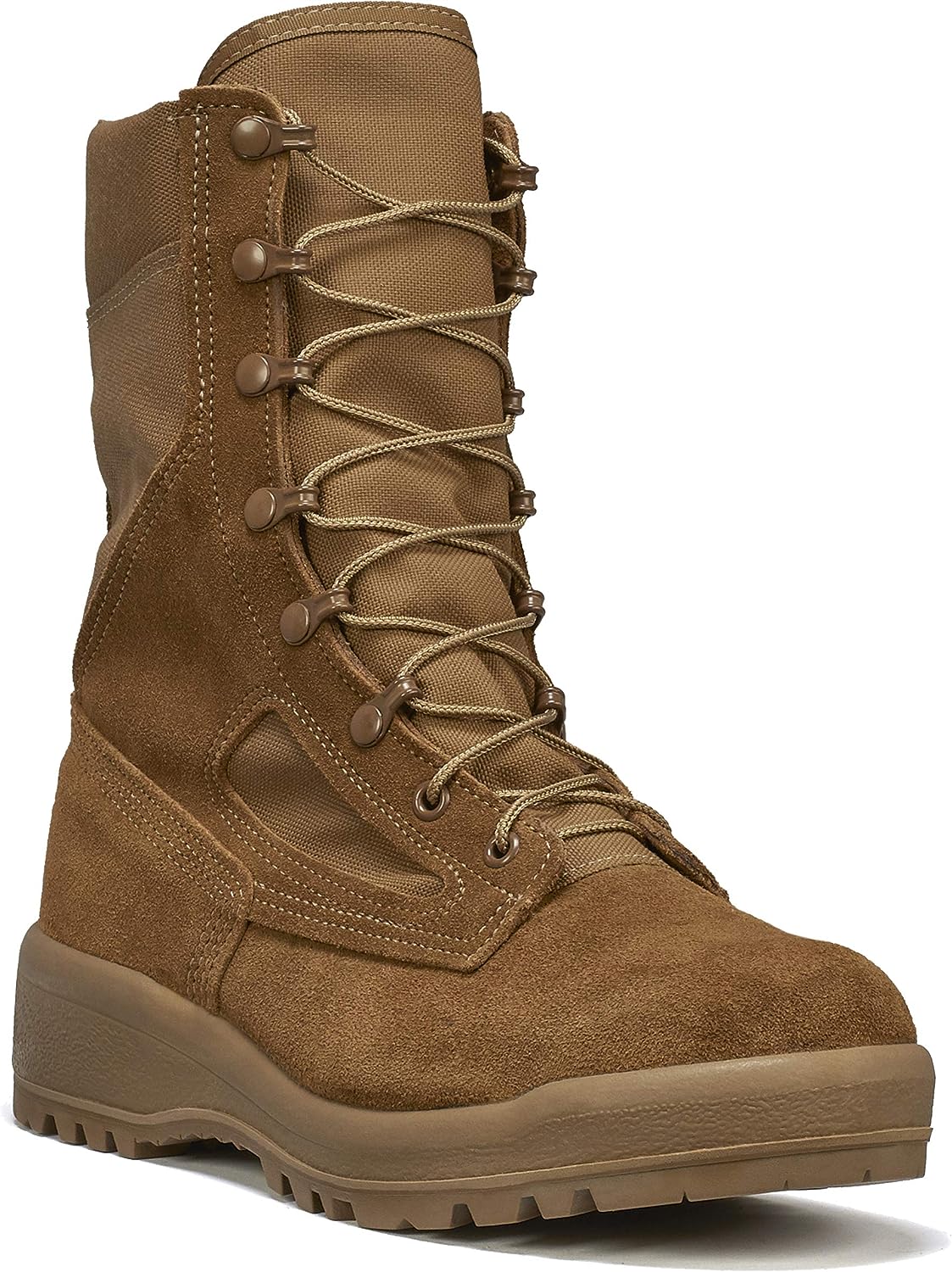 Bellevilleâs most highly recognized boot, the NEW Iconic Coyote C390 revolutionized military footwear when it was first introduced using the VANGUARD premium cushioning sole system. This classic boot style was constructed to have more of an athletic feel through the utilization of advancements in premium comfort technology. It has proven that good things are really built to last.

Founded in 1904, the Belleville Boot Company is the oldest and largest supplier of combat boots, military boots, tactical boots, and flight boots for active-duty men and women in the US Armed Forces. Whether or not you're currently serving in the Armed Forces, start your search for tactical gear and military gear with the company that's been making them for over a hundred years.

The 8 inch (8 in) men's C390 hot-weather boot is a Berry-compliant, field-ready combat boot in the Coyote Brown color designated by the US Army, US Air Force, and US Space Force for wear with the Operational Camouflage Pattern (OCP) Army Combat Uniform (ACU) under AR 670-1, AFI 36-2903, and SPFGM2020-36-01. The upper of this men's military boot is made of unlined cattlehide leather and breathable nylon fabric that's great for a long march or run in hot desert weather. Ample ankle support helps prevent sprains and other injuries. A shock-absorbing midsole cushions your foot, and a Vibram Sierra rubber outsole provides versatile, multi-directional traction for quick movements on both urban streets and rough terrain.

Purchased mainly by shoppers looking for Army boots for men, the C390 isn't just a men's military and tactical boot. It also serves well for recreation and work. So whether you're looking for an Army-ready Coyote Brown military boot, a men's work boot, or a beige tactical boot for EMS or law enforcement work, the C390 hot-weather boot is the protective, breathable boot to fit your needs.

VIBRAM soles are always produced with three objectives: the best performance, the maximum level of comfort and quality over time.

Belleville offers many styles of boots that comply with the Berry Amendment which requires that 100% of the labor and 100% of the material costs come from the U.S.

Content submitted here will be sent to our editorial team who will review and consider it for publication on the website. you will be emailed if this content is published on everything RF.

Note: File Size should be less than 10MB. Remove
Submitting.... Please Wait!!!
Your Query has been successfully submitted.
Submit

We have sent an email to to verify your address.